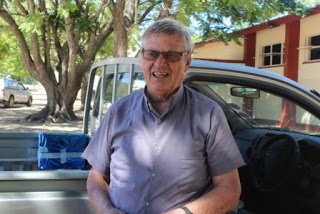 – The Roman Catholic Masvingo Diocese on Saturday, April 1 held a Thanksgiving Mass for the Swiss Bethlehemic Missionaries (SBM) at Gokomere Mission.
The Mass, which was attended by parishioners from as far as Beitbridge, was to thank the at least 17 surviving SBM priests who have all retired and are now committed to Driefontein Mission.
Masvingo Diocese Spokesperson Vicar General Reverend Walter Nyatsanza expressed gratitude to the missionaries, saying the work they started back in 1938 under Father Alois Haene will continue to benefit the church and the nation at large.
“Father Alois Haene, who was the Prefect of Fort Victoria, started all this work back in 1938; preaching and converting locals to Christianity. With the help of these missionaries, he later realised that preaching alone was not enough and initiated the building of schools, then hospitals and later trade schools,” Fr Nyatsanza said.
“They then began enculturation, whereby vernacular songs (Nziyo DzeChivanhu) were introduced to the then Gwelo Diocese. Father Joseph Lenhelr composed the songs with the help of Steven Ponde at Serima Mission,” said Father Nyatsanza.
The enculturation faced resistance within the church with some leaders arguing that African Traditional Religion was being introduced into the church but the priest (Father Lenhelr) continued the work and saw the first ever Shona national choirs gathering being held at Gokomere in August 1962.
Father Nyatsanza said it is also these missionaries who introduced Diocesan priests and sisters, among other ministries in the Catholic Church in Zimbabwe.
“It has been an honour working with these missionaries, especially with most of them having so much experience working in the communities,” Fr Nyatsanza said.
“We want to thank Bishop (Michael) Bhasera, the Diocesan Pastoral Council (DPC) and all our institutions for making this happen,” Fr Nyatsanza said.
Only three of missionaries, Father Julius Greber (78), Father Joseph Lenhelr (90) and Father Hugo Diesche (83) managed to attend the event, and were showered with gifts by all of Masvingo Diocese schools and institutions who graced the event.
Fr Greber, the leader of the surviving missionaries who was the last to retire in 2016 after serving at Nemamwa, said he was retiring a happy man after working with communities for a long time.
“I’m very happy to have worked with such nice and responsive people from various communities I have served in, which include Beitbridge, Silveira and Berejena Missions among others,” Fr Greber said.
“To the young priests, I just want to urge them to work among the people, with the people and for the people,” said Greber.
The Beitbridge Catholic Choir performed at the event, also presenting Father Greber with his life-size sculpture and several sheep.religion
Share
Facebook
Twitter
Pinterest
WhatsApp
Previous articleLeonard Cheshire, Copota donate wheelchairs
Next articleMDC-T members threaten ‘Bhora musango’ over primaries template