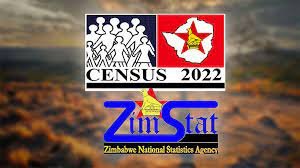 Masvingo province has over 110k more women than men

The 2022 National Population and Housing Census has revealed that Masvingo Province has the highest number of females more than males, with a variation of 111 465 more females compared to males in the province.
In a preliminary report released by the Zimbabwe National Statistics Agency on July 26, Masvingo contributed 18, 5 percent to the national male to female variation of 599 863 followed by Harare province with 108 123 and Manicaland with 106 698 more females than males respectively.
The report also showed that Bulawayo province has the lowest sex ratio of 86 males per 100 females, while Masvingo province has 87 males per 100 females.
“In all provinces, the female population was higher than the male population. The (sex) ratios ranged from 86 males per 100 females in Bulawayo Province to 98 males per 100 females in Mashonaland West Province,” read part of the report.
Masvingo province’s annual population growth rate between 2012 and 2022 was only one percent while Mashonaland West and East provinces were 2, 6 and 2, 9 percent respectively.
The province also ranked sixth in national population distribution, with a total population of 1,638,539 with Chiredzi Districts collectively having the highest number of 343 960 and Chivi District having 172 979.
In Masvingo Urban, ward 7 which covers Rujeko suburb has the highest population of 19,706 while ward 8 has a total of 2,249 people.
The census results will pave way to the mandatory constituency delimitation process carried out once every ten years on a date fixed by the Zimbabwe Electoral Commission (ZEC) so as to fall as soon possible after a population census.
Masvingo province was recently rumored to be bound to lose two constituencies in the delimitation process, which will either mark new electoral boundaries or maintain existing ones.