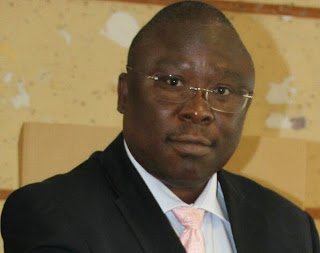 By Itai Muzondo
Member of Parliament (MP) for Masvingo urban Daniel Shumba has denied accusations that he dumped his constituency opting to stay in the leafy suburbs of Harare saying the talk was part of smear campaigns by his detractors.
The accusations were mainly coming from councilors from both political parties and ordinary citizens who said they did not know the whereabouts of their MP.
Asked why they were not able to address some of the problems haunting the city, councilors who attended Tell Zimbabwe feedback meeting recently said they felt being let down by their MP whom they said should be pushing from another end.
However, Shumba rubbished the accusations saying he was always on the ground with the people. The MP said there was bad blood between him and his councilors whom he said were back stabbing him at a time he needed joint effort to bring development to Masvingo.
Shumba added that  ‘the councilors  were not bringing forward earnest problems’ affecting the people. He also explained that most of them want to tarnish his name since they are from the Movement for Democratic Change (MDC).
“I am very concerned about my constituency and being silent does not mean I am not doing some work elsewhere. Those who say I care less are of the opposition MDC and  rogue Zanu PF elements in the council “Gamatox” who want to tarnish my name,” said Shumba.
“It’s unfortunate that my councilors are always plotting for my downfall …instead of bringing genuine problems, they rush to newspapers where they tell lies about me. I am here to help people and I am sure very soon everyone will understand that Daniel Shumba is here to serve people,” he said.

I wont leave my constituency …. Daniel Shumba
Masvingo urban is currently facing a number of problems, the most prominent being inadequate health facilities at market places, the state of roads and water supply systems in the urban constituency.
Councillors insist that they have not met Daniel Shumba since he was elected into office in 2013.
“I dont know our MP … we only see Tsere his front man here. Some people say he is now residing in Harare …help us to find our MP,” said ward seven councillor Richard Musekiwa.
Zanu PF councillors who refused to be named said their MP is letting them down.local
Share
Facebook
Twitter
Pinterest
WhatsApp
Previous articleNGO Forum runs public information Kiosk in Masvingo
Next articleZebra strays into town