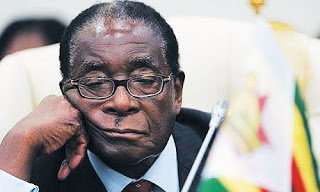 – The Minister of State for Masvingo Provincial Affairs, Shuvai Mahofa last week told the people who gathered at the official opening of Murerezi Bridge that the government was full of corrupt people and the President was surrounded by thieves who were only concerned with self-enrichment.
Addressing people while seated as has become usual due to ill health, Mahofa said God should open Mugabe’s eyes so that he could see the rot that surrounds him and how it is affecting the economy.
She accused the government of squandering money at the expense of worthy causes like supporting the District Development Fund (DDF) which can create jobs for rural Zanu PF supporters.
“Mugabe akakombwa nembavha! Dai Mwari avavhura maziso vaona mbava idzi adzibvisa dzese, (Mugabe is surrounded by thieves and God should open his eyes so that he can see). All the money being stolen should be channelled to DDF where there are real supporters of Zanu PF,” she said.
She pleaded with the Zimbabwe National Roads Administration (ZINARA) and policy makers to fund important government organs like DDF so that roads can be maintained for the benefit of Zanu PF supporters.
Leaders should put money where it will be put to good use. ZINARA should give a percentage to DDF annually because it is implementing ZimAsset in the rural areas,” Mahofa said.
She praised DDF saying there has been no case of corruption in the fund unlike in some ‘fake’ ministries which she accused of being overridden by corruption and looting.
Speaking in Bulawayo recently, Vice President Emmerson Mnangagwa said no ‘big fish’ will be arrested if there is no evidence although it is clear that no evidence will be gathered against high level corruption due to the Zanu PF patronage system.
Mahofa, however, attacked ‘sleeping’ MPs and urged voters to remove them and replace them with competent ones.
“Kana MP asina zvaakamboita zvaakambotidanirawo munzvimbo make, bvisai, (If there is nothing the MP can show to his name, remove him). Imi maMP mofanira kushanda, MP idhongii revanhu. (MPs must work hard, they are the people’s servants), but if you do nothing you will be removed,” she said.

She nevertheless described DDF Permanent Secretary, James Jonga and the Provincial Coordinator, Marasa Gutukunuwa as practical men who put their words into practice.
“Jonga is a man of his word, if he promises anything we are sure it will be done. Gutukunuwa is our doctor, he is the one who led the building of toilets in Zaka, and he is as hard working as his boss,” she said.
Zaka East legislator, Samson Mukanduri urged ZINARA to direct more money towards infrastructural projects in rural areas.news