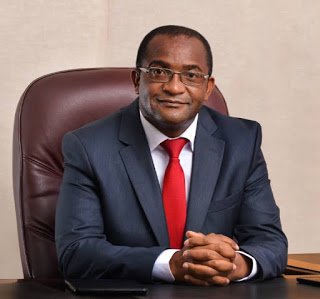 Main
opposition party, MDC Alliance has castigated the Douglas Mwonzora-led MDC-T legislators,
for helping Zanu PF to pass the controversial Constitutional Amendment Bill 2
which they have labelled a setback to democracy in the country.

The
bill which comes with the scrapping of the Chief Justice 70 years of age
retirement cap, and the removal of public interviews for high court judges, was
hastily signed into law by President Emmerson Mnangagwa as part of the
constitution.

The
alliance condemned the amendment, saying the constitution of Zimbabwe was a people-driven
constitution and it was a product of a broader reform agenda.

“MDC
Alliance condemns the recent passing of Amendment Bill No2 through Parliament.
The constitution of Zimbabwe is a people driven constitution, which is a
product of a constitutional reform agenda that was driven by democratic forces
in Zimbabwe of which the Movement of Democratic Change (MDC) was part of it,”
reads the statement.

The
party also accused Zanu PF of trying to consolidate power and failing to uphold
the rule of law in the country, therefore the amendment was not necessary.

“The
imminent amendments have nothing to do with enhancing the rights of people or
improving on human rights and democracy, transparency and good governance. They
are designed to entrench an imperial executive whose power is not adequately
checked and balanced.

“In
this case, any amendment must be necessary to strengthen our democracy,
reasonably justifiable in a democratic society and ultimately geared towards
promoting the rule of law, fundamental human rights, transparency,
accountability and justice,” further reads the statement.

Mwonzora
recently addressed members of the media in Harare, where he defended his
legislators’ move of voting YES to the Bill, saying it had many progressive components
which they couldn’t ignore.

“Those
who voted YES were voting for the women’s quota, the youth quota, the quota of
women in council and devolution. Those who voted No from our camp were voting
no to the running mate and the judges’ clause. We think their behaviour was
reasonable,” said Mwonzora.

The
MDC-T leader has of late been labelled a Zanu PF apologist after initiating a
purge of recalls for MPs and Councillors who were aligned to Nelson Chamisa,
giving the ruling party numerical advantage.

The
amendment received only 22 objections which couldn’t stop it from sailing, with
most of Mwonzora’s MPs voting in favour of the bill.