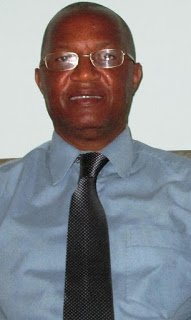 A controversial plan to sell council houses to tenants who have been leasing for a long time seems to have stalled after strong objections from councilors who feel the scheme lacks transparency.
Management had proposed to implement a “Home ownership Scheme” of more than 100 council houses for paid up tenants who have been occupying them on lease for a successive period 15 years or more.

The plan has however faced stiff resistance from councilors who feel the process is open to corruption after management refused to shed light on the names of the intended beneficiaries, saying it is an administrative issue that councilors had no business knowing.
“We oppose the plan on the basis that it lacks transparency because a lot of information is hidden. There is a possibility of the scheme benefitting people with connections to powerful officials and not the intended beneficiaries,” said Ward 10 Councilor Lovemore Mufamba.
“If those houses could instead be given to council employees, we would serve thousands of dollars in housing allowances and redirect the money to service delivery,” continued Mufamba.
Mayor Hubert Fidze confirmed the idea was contentious, with a lot of issues not yet ironed out.
“It’s still under discussion, we have not yet agreed on several important details,” said Fidze, echoing concerns that the scheme would be subject to manipulation and corruption if it goes ahead in its current form.
“That issue concerns us as much as we want to bring in a new valuator to determine the actual value of the houses as we are not fully satisfied with the valuation that was done,” said Fidze.
Great Zimbabwe Realtors, the original valuator, valued the houses from US$5000 to US$15000 but there are concerns the houses could have been undervalued.
Council, nonetheless, is offering steep discounts of up to 100 percent to those who rented for at least 30 years, meaning up to 20 houses would be given off free of charge.
Town Clerk Adolf Gusha, however, denied that the scheme is facing any opposition.
“There are essentially no disagreements with regards to the scheme per se; only some details that councilors feel need to be availed to them. That will have to be handled by the committee as well as the concerns that the scheme could be abused,” said Gusha.local