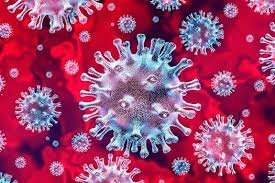 Chaka’s wife Shamiso confirmed the death to TellZim
News and said her husband passed on around 4am today at the private medical
centre after battling with Covid-19 for some days.

She said her late husband got sick a week ago and
was rushed to Rujeko Isolation Centre where he was immediately admitted and
placed on oxygen ICU, but his condition continued to deteriorate after which he
was transferred to 24 Hour Medical Centre.

“My late husband got sick a week ago and was rushed
to Rujeko Isolation Centre where he was immediately placed on oxygen since he
was having challenges in breathing.

“His condition was deteriorating by each day
and he was transferred to 24 Hour Medical Centre on Monday July 12 and we lost
him early this morning,” the wife said.

Masvingo Provincial Taskforce spokesperson Rogers
Irimayi said that Rujeko Isolation Centre as of July 12 had three admissions
who are all moderate and on oxygen.

“As of July 12 the isolation centre had five
admissions, with two having been transferred out, leaving three moderate
patients who are all on oxygen,” said Irimayi.

The late Chaka owned a number of gold mines in Bhuka
area and a mill along Bondolfi Road.