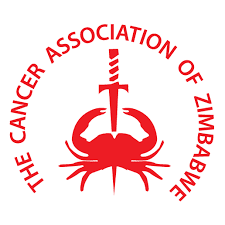 The Cancer Association of Zimbabwe (CAZ) has called upon relevant stakeholders to join forces in promoting cervical cancer campaigns which it says will save national resources as earlier diagnosis of the marauding disease can be achieved at a lower cost as compared to treatment.

Speaking during a virtual meeting hosted by the Zimbabwe Association of Church Related Hospitals (ZACH), CAZ Monitoring and Evaluation Coordinator Lovemore Makurirofa said there is a worrying trend on the rising cases of cervical cancer amongst women of various ages which he says is more prevalent in HIV positive and young women aged 20-24.

“Statistics for the year 2017 show that the cancer burden among black women stands at 37 percent as compared to two percent in non-black women. There is a worrying trend of young women between the ages of 20-24 developing cervical cancer and these are the very people who are supposed to work for and develop the national economy,” said Makurirofa.

He also said collective action may help in the reduction of cancer-related deaths in the country and said the focus of cervical cancer should be spread to young women even up to the age of 35.

“Preventing cervical cancer can help reduce 30 percent of national cancer deaths. Getting screened earlier will save lives of women unlike a scenario in which they will visit health centres after experiencing signs and symptoms of the disease.

“It is costly to manage the disease at a later stage hence women should always pitch up for the screening process whenever they are required to do so,” he said.

He however bemoaned lack of such facilities and necessary resources required for testing for Human Papilloma Virus (HPV) saying that the diagnosis and treatment of cervical cancer remains centralized and beyond the reach of many.

“HPV testing is not common in Zimbabwe. Lack of resources like laboratories is also another issue and the service is not readily available in the country. Diagnosis and treatment remain centralized, expensive and can only be done in Harare and Bulawayo and there is no donor-funded initiative towards such programmes like radio therapy and chemotherapy which makes it difficult for most women to access it. The service is also not readily available for young women aged 20-24,” said Makurirofa.

His sentiments were echoed by another presenter Doctor Onai Vere-Diura who said young women are a vulnerable group but some of them who are HIV negative would not suffer much as the immune system will not allow growth of cancer cells.

“Most young women are infected with HPV at early ages like when they experience first sexual contacts. Usually the infections may rise but not many of them have progressed to complicated stages. As long as the immune system is still intact, the HPV remains dormant hence no development of abnormal cells,” said Dr Vere-Diura.

Poor access to health services like screening for cervical cancer has been cited as one of the drivers of the progression of the disease.

Emphasis on secondary stage in combating the disease at the expense of primary and tertiary also makes it difficult for achieving desired results.

Primary stage focus on issues like prevention precautions like delaying sexual acts while secondary looks at screening while tertiary focus on chemotherapy, radio therapy as well as surgery operations to advanced cases of the disease.

ZACH is offering visual inspection of the cervix with acetic and cervicography (VIAC) services for free and urges young women to embrace HPV vaccines.