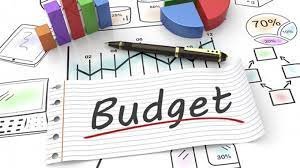 Majority of citizens in Zimbabwe have expressed concern over the manner national budget consultations are being held saying there are mere formality as most of the issues ordinary people highlight are often omitted in the final budget.

The numbers of consultation meetings that are also held per each province are very few hence the sample does not reflect the interests of the majority of the citizens in the country.

In Masvingo Provinces, citizens expressed concern over the manner in which the 2022 national budget consultations were conducted as the Parliamentary Portfolio Committee on Budget and Finance and the Expanded Committee on Sustainable Development Goals (SDGs) chose only three districts out of seven that people feel are not reflective of the whole province.

The consultations saw the committee visiting Bikita, Zaka and Gutu districts while leaving out Chivi, Chiredzi, Masvingo and Mwenezi prompting the public to conclude that the consultations did not cater for the input of the whole province.

Gutu, Bikita and Zaka districts are close to each other and the citizens there have a lot in common and there are interests are obviously different from those in Masvingo urban, Chiredzi and mwenezi districts which have minority groups.

Chiredzi and Mwenezi districts are mainly Shangani speaking communities and they were totally ignored by the Parliamentary committee which chose to get contributions of only those in Gutu, Zaka and Bikita.

A Chiredzi resident said it was unfair to be left out of consultations on issues that affect their daily lives.

“What Parliament did was unfair because our issues are obviously different from the districts that were consulted. Chiredzi has unique issues to Bikita so we expected them also to come here. It could have been better if they had at least one meeting per district,” said a concerned Chiredzi resident.

Contacted for comment Finance Committee Chairperson Dr Matthew Nyashanu indicated that they only chose a few districts in the province to consult so as to give everyone a voice.

“We select a few districts in a province so that everyone will get an opportunity to speak on their key priorities. That is why we only consult three districts in Masvingo province,” said Dr Nyashanu.

He also said key priorities during the public consultations in Masvingo included access to agricultural inputs, education and health facilities.

“In most public consultations most villagers wanted inputs for agriculture. Education was another key priority, as they wanted their children to be under Basic Education Assistant Module (BEAM) and improvement of teachers’ remuneration.

“Under health, residents wanted health workers to be well paid, construction of clinics since they are walking long distances to get access to medical facilities. Again, access to water was another key area in all public consultations,” said Nyashanu.

However, a Parliamentary 2022 National Budget report on the public consultations stated that issues of education, health, and construction of schools were some of the issues people expect to be addressed.

“The public encouraged government to allocate adequate funding to BEAM facility so that it supports all learners from disadvantaged backgrounds. The public called upon the government to adequately fund upgrading and building of both primary and secondary schools, particularly in rural areas so that the rural children do not have to travel long distances to access education and in turn enjoy the same education packages as being enjoyed by their counterpart’s urbanite children,” read part of the report.

The report also highlighted that agriculture is a key source of livelihoods in Zimbabwe hence government should fully invest in providing adequate infrastructure to support the sector.

“Participants proposed that the Districts Development Fund should ensure that each district receives two tillage tractors to improve farming in rural communities. Members of the public in Muzarabani, Glendale, Gutu and Birchenough Bridge called on government to recapitalise DDF so that it support communities with tillage.

“Tea farmers in Manicaland recommended that government should have a budget for resuscitation and or developing a tea processing plant in Manicaland. Tea farmers submitted that due to manipulation in the sale of their raw tea at the highest price being RTGS$9 /kg, farmers urged government that at least funds should be channelled towards the development of a plant where farmers will process their own products and sell semi-finished and finished product at a better price,” the report read.

This will not only be in compliance with Section 76 of the Constitution on the right to health care, but could go a long way towards promoting National Vision 2030 and the Sustainable Development Agenda.