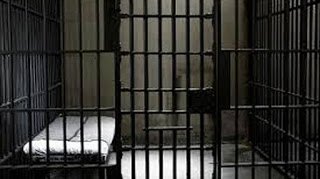 Memory Rasa
MUTIMUREFU – The Masvingo Magistrates Court last week sentenced a runaway inmate, whose escape was allegedly assisted by a Zimbabwe Prison and Correctional Services (ZPCS) officer, to five years in prison.
He was arrested in Harare after spending three months on the run.
The accused ZPCS officer who is accused of abetting the escape has also been arrested and is awaiting trial.
It is the State’s case that on March 26, 2016, Shepherd Chimhara (40) of 563 Husvu Street, Rujeko B in Masvingo allegedly assisted an inmate, Kudakwashe Nyashanu (24) to escape from Mutimurefu prison.
Nyashanu pleaded guilty before Masvingo Provincial Magistrate Langton Ndokera and confessed that he escaped from prison with Chimhara’s assistance.
Before escaping, Nyashanu was serving a 76 months jail term at the correctional facility for robbery.
The State alleges that Chimhara drove his car and parked it close to where the inmates were working at the prison and left his car trunk open for Nyashanu to hide in before driving the car away pretending to be rushing for lunch.
He allegedly discouraged his colleagues from conducting a routine search on the car.
Chimhara was later  arrested and charged for assisting a prisoner to escape as defined in Section 185 (1)(d) of the Criminal law and Codification Reform Act chapter 9:23 and was released on bail.
Fidelis Nyamukondiwa prosecuted.news