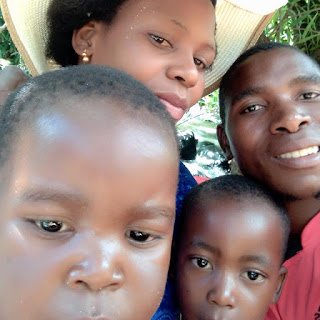 …puts Bikita in the limelight through creative visual poetry

BIKITA
–
A Duma Primary School teacher and avid poet is rocking the airwaves with his
latest production ‘Bonda Nderei’ which talks about Gender Based Violence (GBV).

Shephard Chidima (31),
a novelist and filmmaker, is also leader of Simukai Arts Production drama group
which is based at Nyika growth point.

His latest offering was
released recently on national television broadcaster ZBC-TV as part of his own
efforts to educate people on the corrosive effects of GBV.

The father of two is also
known for his other hilarious poem ‘Hevoi’ which is dedicated to Hevoi FM but
which celebrates the culture of local Shona people.

His latest poetry production,
which is accompanied by visuals, advocates for the rights of women and urges
them to resist domestic violence.

Speaking to TellZim
News, Chidima said he worked on the poem since January but was now happy that
it was launched on the national television broadcaster.

The producer and script
writer said the poem was an admonition against abuse of women by their husbands
as well as a lamentation of the suffering that children go through due to
irresponsible fathers.

He said he penned the
poem after realizing that many families were torn apart by physical, sexual, emotional
and psychological abuses of women by men.

“I grew up in an
environment where women were abused by their husbands. I have seen many men in
my neighborhood changing into abusers after marrying their beautiful wives. My
message to married couples out there is that they should preserve what they
used to do during the infancy of their marriages.

“As young film-makers,
we thought it was important to teach all couples out there that
misunderstandings and disagreements are not solved by violence,” said Chidima.

Bonda Nderei was shot
and edited by Terrence Marume of T&T Productions and the audio was recorded
by Simbarasahe Chagwiza of KwaSimba Studios in Duma, Bikita.

At production stage,
the team faced monetary challenges, with everything reliant on Chidima’s own
meagre earnings for progress.

“We had no money for
the production and this led us to take a long time before we could produce what
we had in mind. We also had very little time to spare since I had to focus on
my daily job as a school teacher.

“I have other finished
books and videos which I am struggling to publish since I do not have enough resources
to get them published as urgently as I would want,” said Chidima.