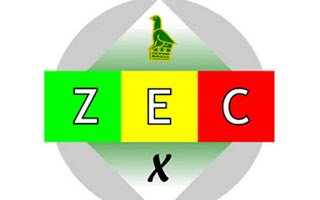 Daring
thieves last week broke into Zimbabwe Electoral Commission (ZEC) Gutu District offices
and got away with three computers and accessories which contained all electoral
information for the Gutu administrative district.

ZEC
provincial elections officer, Zex Pudurai confirmed the break in saying that the
incident was an infringement of the people’s rights to vote.

“It
is quite unfortunate that we have lost our property and it is people’s right to
participate in electoral activities without any hindrance but some people
thought of stealing electoral property.

“It’s
the community’s responsibility to report to the Police and to the ZEC offices
concerning people who are dealing with computers so they can find the
perpetrators.

ZEC
has reportedly managed to replace the stolen property and police have opened an
internal investigation into the incident.

Contacted
for comment, national police spokesperson Paul Nyathi confirmed that a report
was made and that the police were investigating the case.

“I can confirm that the
incident happened a few days ago and was reported to the police. The case is now
under investigation,” said Nyathi.