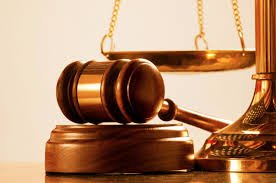 The
accused Duduzile, Daniel and Bright Tizirai of Makuvire village made their
initial appearance in court last week and were remanded in custody to November
22.

It is
alleged that on April 05 this year, the three accused brothers approached their
now deceased mother, Nyengeterai Tizirai accusing her of causing the death of
her daughter -in -law and a dispute ensued.

The trio
took the now deceased to Nyaningwe dip-tank, tied her hands with a rope and
took turns to assault her using a rubber strip and logs.

A
witness is said to have assisted the victim and made a police report after
discovering that she was struggling to breathe.

After
examination of a post-mortem, results showed that the deceased had succumbed to
hemorrhagic shock, blunt trauma and assault.