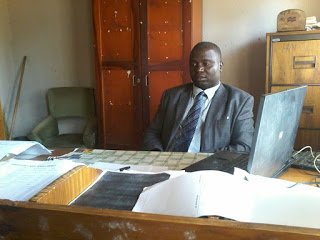 Upenyu Chaota
Located 14 km east of Jerera growth point in Zaka Central, Tsiga Secondary School is faced with an array of problems but has managed to soldier on to produce impressive academic results, making it one of the most remarkable schools in the district.
With an enrolment of about 500 pupils and 21 teaching staff, Tsiga secondary dreams of introducing Advanced Level classes.
The school Head, Fanuel Mukokoromba said Tsiga faces a number of problems, saying if the corporate world chips in, there would be a more conducive learning environment for pupils.
“We are a small school with a very small enrolment as compared to others. We face a lot of challenges but over the years we have managed to make some notable achievements in terms of academic results.
“They say the quality of results is determined by the conditions under which pupils are exposed to but we have managed to produce some remarkable results with one of our pupils scoring seven straight As in 2015 while in 2014, we managed eight As.
“This has put us on the map despite all the challenges we face and we are trying by all means to invest in the education of our pupils,” said Mukokoromba.
He said the school has managed to make a mark in provincial competitions, challenging some well-established schools.
The school reached the provincial level in the 2015 National Aids Council (NAC) quiz competitions and also participated in the 2013 provincial under 17 girls volleyball.
“Our biggest challenge is that we do not have enough classrooms and accommodation for our staff. The existing infrastructure is old and worn out. We think our pupils do deserve better,” said Mukokoromba.
He also said it was difficult for the school to increase enrolment because of inadequate accommodation. The school does not have electricity and is calling for well-wishers who can avail funds for connection to the national grid.
“We have a few computers that are powered by a generator and we hope to introduce computer lessons to pupils but we need to have electricity first before we can start thinking about computers,” said Mukokoromba.
The school lacks a reliable water source with the closest source, which is shared between the school and the larger community, being 1.5 km away.
“Our wish is to drill a borehole, introduce a piped water supply system and build a perimeter fence. If we happen to introduce Advanced Level classes, we would want to focus much on the Science, Technology, Engineering and Mathematics (STEM) program,” added Mukokoromba.
You can contact the school head on 0782 780 774

He who said it can not be done must not disturb the one doing it!
Share
Facebook
Twitter
Pinterest
WhatsApp
Previous articleTeam Lacoste, G40 in turf wars over Masvingo
Next articleLaptops now compulsory at Musiso High School