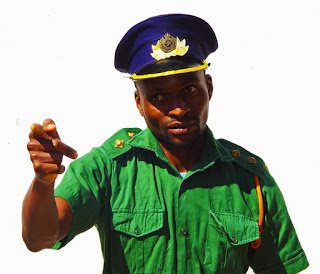 Tanyaradzwa Tizora
NAMA award nominee writer and director Charles Munganasa’s long-awaited film is set to be launched on Friday 29 April.
Produced by Nelned Pictures, a film house which has produced numerous films, VaMayaya Nhaka Ndeyani? will be launched at Charles Austin Theatre in the city centre. The film is also marketed and distributed by P and P Global Marketing. Tickets will be available at Charles Austin Theatre at $2 and VIP $5.
The unveiling of the much-anticipated film will also be accompanied by the launch of singles by Masvingo’s award winning  and NAMA award nominee musician Tinashe Nhukarume, also known as Nash.
“The story is a satire which indirectly mirrors critical issues to do with inheritance in the society. It uses comedy to bring into perspective serious issues such as factionalism for national consideration,” said Munganasa in an interview with TellZim News.
This film is brought to life by a galaxy of versatile actors and actresses. Leading the pack is Denis Rusoso who plays the character of VaMayaya. Rusoso is a veteran actor who rose to fame after only appearing for seven minutes in a role in Sabhuku Vharazipi where he featured as Officer Mayaya. Complimenting Rusoso is Ngonie Chinovava who plays the role of Muzukuru and Rosemary Zivanai who plays the role Jacob’s wife Lillian. The film also features some prominent actors and personalities such as popular Zim dancehall singer Ras Caleb, Uncle Jaunda, Tinashe Nhukarume and NAMA award winner Nash Mpepo.
“In a bid to groom new talent, the film also introduces new actors such as Takudzwa Ponde who plays the role of Obama, an uptown boy who accidentally ends up in the centre of the family chaos, as well as Florenco Masekesa who plays the role of the Funeral planner. Takudzwa and Florenco bring out a new feel which complements veteran actors such as Courage Murambadare who features as Jacob Mayaya,” added Munganasa.
The film is self funded in a bid to promote artistic expression and originality. The producer of the film, Mr Sydney Taivavashe, “Sometimes sponsors make unnecessary demands which limit the writer or director’s artistic imagination. For example the sponsor might push to have certain themes or issues included in the storyline,” said the producer Sydney Taivavashe.news