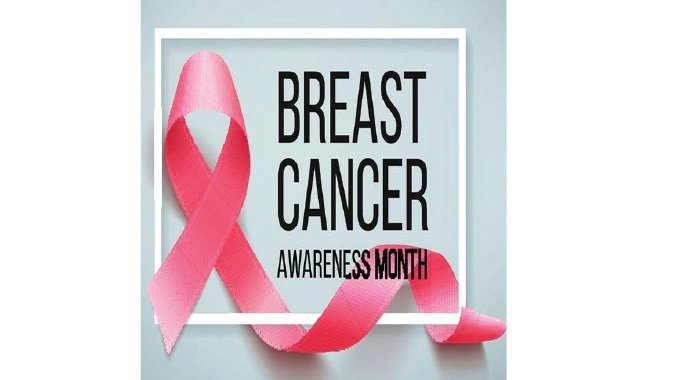 Pink October as the annual breast cancer commemorations have been code-named, is the month in which people from all walks of life across the globe carry out activities meant to create awareness to the diagnosis, control and treatment of the deadly disease.
Great strides have and or can be made towards conscientising people especially women on the subject of breast cancer that has significantly a higher number on the total annual cancer deaths in Zimbabwe.
Lovemore Makurirofa Monitoring and Evaluation Coordinator at the Cancer Association of Zimbabwe (CAZ) said statistics released in 2017 reflect that breast cancer was a major contributor to both cancer cases as well as deaths recorded at the national cancer registry.
“Breast cancer is a very common cancer in the country, for example in 2017, 7659 cancer cases were recorded of which eight percent of such cases were breast cancer. Of the 2804 cancer deaths that were recorded at the National Cancer Registry during the same year, breast cancer contributed eight percent as well, so you can see that this form of cancer is having a significant contribution,” said Makurirofa.
He however bemoaned the restrictive Covid-19 environment as having a negative impact on intended campaigns thereby reducing the campaigns to virtual ones and mostly in urban centres.
“There are awarenesses that are going on but unfortunately most of them are concentrated in urban areas and also due to Covid-19, you find out that most of the awareness campaigns are done virtually since we are to adhere to the rules and regulations.
“This October we are commemorating breast awareness. However, we also encourage corporates, companies or even churches to have the ‘Pink Day’ campaigns at respective centres whereby they find a day to wear pink color and teach each other on breast cancer prevention, screening and treatment as well as donating to the Cancer association,” he added.
The Cancer association conducts breast cancer examination at reduced prices of US$ 1 as a way of ensuring people come for breast cancer awareness and get screened but the marginalised is left out as well as this focus on the urban population due to geographical proximity.
The plight of the rural communities in terms of accessing the awareness messages is a worrying factor as they tend to be left aside in terms of getting information related to breast cancer and such facilities like screening.
“In the rural areas we hope that these campaigns must be done but as of now, most of these breast cancer awareness events and activities are taking place in urban centres especially Harare and Bulawayo so there are still gaps in terms of reaching out to the rural population,” he remarked.
Zimbabwe Professional Nurses Union president Robert Chiduku also concurred with Makurirofa on awareness campaigns urging government to rope in other stakeholders through various media.
“Government and other stakeholders can help raise awareness through radio, television, social media platforms, outreach programmes including the use of posters and fliers. However, as a union we are yet to come up with a calendar of awareness events,” said Chiduku.
Collaborating civic society organisations in making sure information is disseminated to the marginalized communities has also been noted as a strategy in ensuring that women in such communities benefit something that would stimulate their participation in fighting breast cancer.
Government has been urged to avail resources in from of decentralized initiatives that makes the screening and diagnosis readily available at nearby health care centres even if it means doing them during the month of October and thus once annually.
According to World Health Organisation (WHO) statistics in 2020, 2.3 million women were diagnosed with breast cancer and 685 000 deaths recorded globally. Approximately 12.9 percent of women were diagnosed with female breast cancer at some point during their lifetime based on 2016-2018 data.
WHO recommends that women who are 40-49 years should start getting mammogram (x-rays of the breast) and start annual screening for breast cancer while women from 55 years and above should switch to mammograms every two years.