Water Augmentation Phase 2 so near yet so far 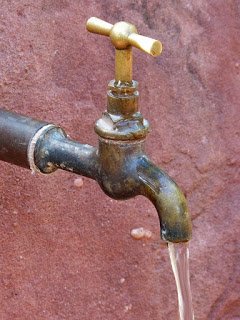 MASVINGO– A deal between City of Masvingo and the Infrastructure Development Bank of Zimbabwe (IDBZ) is far from being a reality as the two parties continue to fail to meet and map the way forward concerning the second phase of the water augmentation project.

The two parties are expected to enter into a deal which will see IDBZ pump US$60 million, a move expected to make the city’s water woes a thing of the past.

However, it has been difficult for the two to meet, map a way forward and kick start the project since IDBZ postponed yet another meeting with the city fathers.

This was confirmed during a recent full council meeting by acting town clerk Engineer Edward Mukaratirwa, who said the prospective benefactor had cancelled the meeting on the 11th hour and that a new date will be communicated.

“We were supposed to meet with IDBZ this Friday but they contacted us asking for a postponement of the meeting. A new date will be communicated soon,” said Mukaratirwa.

Water conveyancing, purification, storage and pumping infrastructure is expected to double under this program.

If it becomes a success, the water augmentation phase 2 will see the local authority pumping 60 mega litres, against the current 30 mega litres which is reportedly being pumped daily.

The city’s current water demand is estimated to be around 45 mega litres daily and this has on many instances forced the city fathers to introduce a water shedding program.

Although the water plant was expanded before, it still remains short of the demand, the need to expedite the water augmentation project remains one of the city’s top priorities.

Infrastructure breakdown has contributed immensely to the erratic supply of water, since they are using infrastructure which was installed during the Rhodesian era.

Continuous power supply problems have also been one of the major contributors to the city’s water problems.

The city is however reportedly contemplating to install an alternative (solar) power source at Bushmead Water Works.

Masvingo has been experiencing perennial water challenges in recent years due to the ballooning population which is way above its pumping capacity.

The city has also witnessed the creation and expansion of suburbs which have come as a burden to the local authority as it struggles to cope with service delivery demands.

Sewer reticulation has also been a headache for the city fathers while the Mucheke Trunk Sewer project still remains ‘on the cards’ for many years now.