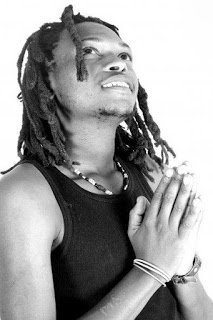 Tafadzwa Nyikadzino
Zim Dancehall sensation Winky D, real name Wallace Chirumiko, and Masvingo-born Caleb Tereka popularly known in the music circles as Ras Caleb pulled up a top notch performance at the FC Platinum Club in Zvishavane on Saturday last week.
The duo left the stage with fans yearning for more of the vibrant and energetic live performers from two of the music industry’s most outstanding acts.
To first take the stage was Ras Caleb who set the fans wild with some of his latest melodies. His fans sang along throughout the performance to his popular songs like ‘Tokwe Mukosi’, ‘Sis Ross’, ‘Toropito’ among his other hit songs.
When Winky D later took onto the stage, he made a spirited performance, unleashing his popular songs like ‘Disappear’, ‘Takaipa takaipa’ and ‘Godo’, sending his fans into a wild frenzy.
The multiple award winner was a marvel to watch as he kept his legions of fans up on their feet throughout the night.
Manager of FC Platinum, Tawanda Pande said although the show started later than scheduled, the artists’ magnificent performances were enough to compensate for the delay.
“Although the show started a bit late than expected, the performance from the artists was enough to compensate for the delay and the fans turnout was satisfactory;” said Pande.news

Tel :         +263 39 262 401
Website :    www.tellzim.com
He who said it can not be done must not disturb the one doing it!
Share
Facebook
Twitter
Pinterest
WhatsApp
Previous articleMurambwi through to RCZ Nyaningwe finals after casting of lots
Next articleUnilever reaches out to empower varsity students