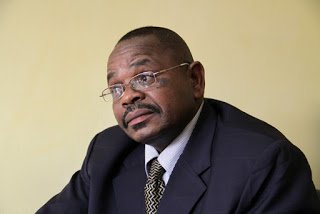 Moses Ziyambi
Race to replace ousted former Minister for Masvingo Provincial Affairs and Mwenezi East legislator Kudakwashe Bhasikiti moves a step up today with Zanu PF holding its primary elections in preparation for a by- election slated for September this year.
The primary election is going ahead despite the fact that Bhasikiti has filed an urgent application in the constitutional Court challenging High Court ruling that endorsed his dismissal from the party.
Ten (10) candidates are battling to replace the outspoken politician in Mwenezi East.
Zanu PF provincial chairperson Paradzai Chakona confirmed the development saying his party was ready for the by-election.
“The primary elections to select the party’s candidate for the Mwenezi East by-election is going ahead according to plan. Everything has been put in place to ensure the success of the process,” said Chakona.
He quashed fears that Bhasikiti’s case may derail the process, saying internal party processes like the primary election could not be affected by the challenge.

“This is a primary within the party. Only the actual by-election is subject to the finalization of the legal challenge. We will go ahead with our primary election and wait for the case to be finalized before we can go into the by-election,” said Chakona.
He said ZANU PF was in full swing to contest and win the by-election and strengthen the party’s support base in Mwenezi.
“We are prepared to contest and win the seat on behalf of our party when the time for the by-election comes,” added Chakona.
Bhasikiti is seeking to set aside Proclamation Number 7 of 2015 which set the Nomination Court date as July 20 and the by-election date as September 19 2015.
He argues that all election-related processes should be done after 31 July, when his challenge against his dismissal from ZANU PF would have been finalized.
Meanwhile, one of the popular contestants Jusibee Omar who contested in Masvingo Urban primary elections and lost to Daniel Shumba in 2013 tried his luck in Mwenezi East but his long time dream to become a legislator was once again thwarted as his CV was not considered for the race by the selection team.
This becomes Omar’s fourth trial to become an MP. Politics
Share
Facebook
Twitter
Pinterest
WhatsApp
Previous articleChiredzi vendors blast council over uncollected garbage
Next articleThrough the Night 2 promising