Zanu-PF in trouble over Mugabe cattle 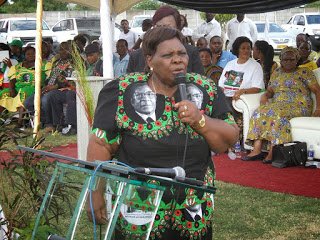 Upenyu Chaota
Zanu-PF members in Masvingo are in serious trouble following their failure to honour their pledge to donate one hundred herd of cattle to President Robert Mugabe, this publication has learnt.
The pledge was made after Mugabe had donated 300 cattle to the African Union (AU) early this year but the province has failed to get even one herd of cattle amid revelations that Mugabe is now demanding the cattle.
Speaking at a Provincial Coordinating Committee (PCC) meeting at Masvingo Polytechnic College last Saturday, the provincial executive raised concern over the President’s cattle saying it was now embarrassing that they have failed to honour the pledge.
“Let us see what we can do, there is nothing to give to the President and yet he is waiting for the donation …it’s now embarrassing comrades,” said Ailless Baloyi.
Baloyi pleaded with party members to make fresh pledges to be taken to Mugabe as a matter of urgency.
Baloyi suggested that a fresh call for donations be made so that all party members from various corners of the province would contribute.
However, Masvingo Minister of State for Provincial Affairs, Shuvai Mahofa, said it was not proper to force people to donate when they are already starving.
Mahofa said it must be clear that donations are voluntary.
“The problem today is that people are hungry and they are starving in rural areas…let us not force villagers to donate please. If there are people who wish to help us out of this problem, they should come to my office and make their donations.
“The ordinary folks out there are thinking of how they can get maize for their families so we should not force these donations on anyone,” said Mahofa.
Mahofa said initially Tongaat Hullett had pledged to donate the 100 cattle but a few weeks later, the sugar company denied ever making the pledge.
“I was informed that Tongaat had pledged and I wrote a letter thanking them for the noble gesture but they replied me saying they never made such a pledge,” said Mahofa.
Mahofa however went on to say that there was a mist over the donation issue adding that only the then  Zanu-PF provincial chairperson Paradzai Chakona could able to give an explanation.
However, Chakona could not be reached for comment by the time of going to press.news