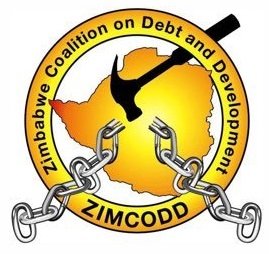 … says delays in the release of  report erodes public trust.

Gweru -Zimbabwe Coalition on Debt and Development (ZIMCODD) and Gweru Residents have expressed concern over the late release of the 2019 Auditor’s report saying the report was crucial in scrutinizing Government’s use of public resources.

In a report which was presented to Tellzim News, ZIMCODD Campaigns Manager , Angella Mandoreba said the analysis of the country’s public finance management is based on the 2018 Audit Report.

“Public audit remains a key accountability tool for promoting integrity in both the management of public resources and conduct of public office bearers. The last audit was in 2018 so citizens are eager to know about what transpired in 2019 and 2020. We are therefore, demanding the immediate release of 2019 audit general’s report,” said Mandoreba.

“What is worrying is that the report was supposed to be released by early July 2020 latest, but one year after the report was never availed to the public. We are aware that the report is now on the Minister of Finance and Economic Development’s desk for tabling before the Parliament of Zimbabwe. Nevertheless, the Minister is delaying to table the report as required by the Audit Office Act and it is now a cause for concern,” she added.

Mandoreba said government can only restore citizens’ confidence by releasing the report.

“As ZIMCODD we are saying the report is already late and further delaying it undermines its essence and further erodes public trust in the country’s public accountability mechanisms. We therefore calling upon the Minister of Finance and Economic Development, Honourable Mthuli Ncube to bring the 2019 Audit Report before Parliament without any further delay and provide reasons behind the delay,” she said.

A Gweru resident , Titus Ngoma said it was important  for the report to be released  as citizens had the right to know the findings.

“We need to know how our funds were used and this is in line with section 309 of the Constitution. Delays will compromise best practices of accounting as well as transparency and accountability in the management of public finances as set out in section 298 of the Constitution,” said Mangoma.

“The government through the National Development Strategy 1 also seeks to curb and fight corruption and without the release of the Auditor General’s report the fight will not be won.” He added.