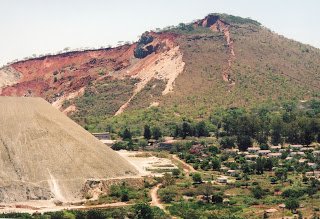 MASVINGO– A 70-year- old artisanal miner recently lost his life when a mine shaft which he was in collapsed, burying him and his two wives.

The trio had been prospecting since the early hours of June 13, but at around 3pm, the three who were inside the shaft were caught unaware and got trapped.

However, the deceased’s two wives were rescued after a minor who had accompanied them called for help.

“Maxwell and his wives left the house at around 7am in the morning going to Chamugwaku stream in Mashava. At around 3pm, the mine shaft which they were in collapsed, trapping him and his two wives underneath.

“A minor who witnessed the event then rushed to look for help from one Pedzisai Jonhasya. Pedzisai then teamed up with another villager and went to the shaft where they managed to rescue Maxwell’s two wives but Maxwell had already died. We urge those who are into mining to take all necessary safety measures to avoid loss of life,” said Dhewa.

Maxwell’s wives were rushed to Masvingo Provincial Hospital for treatment and the police managed to retrieve Maxwell’s body which was later buried at his homestead.