Chiredzi chiefs up in arms with RDC over CAMPFIRE proceeds 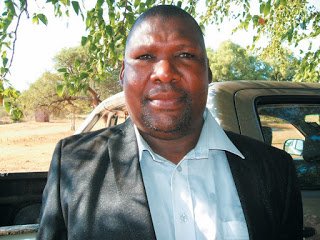 Increase Gumbo
Chiredzi chiefs have lashed out at Chiredzi Rural District Council (CRDC) accusing the council of misusing funds from the Community Management Programme for Indigenous Resources (Campfire) at the expense of ordinary people.
The chiefs are alleging misappropriation of proceeds from the heritage preservation projects, saying communities are benefiting nothing from them.
The complaints came up during a stakeholders meeting attended by the Minister of Environment, Water and Climate, Oppah Muchinguri Kashiri at Gonarezhou National Park last week.
Chief Sengwe said CRDC should stop the corruption he claimed is rampant in the handling of CAMPFIRE proceeds.
“We are gaining nothing from CAMPFIRE, we are told that there is CAMPFIRE but none of my communities has benefited from this. Who is benefiting from it? We want hard cash to build schools, roads and to develop our communities,” said Chief Sengwe.
He demanded that authorities handle the CAMPFIRE proceeds in a transparent manner saying profits from the projects are benefiting top council staff only.
Minister Muchinguri, who echoed the displeasure at the way the funds are being utilised, ordered Council to put everything in order and give communities their share.
“This is bad if this is what the council is doing. Give the people their share of the project and you should sit down with the communities and show them what you get so that there is transparency,” Muchinguri told Council officials.
CRDC Chief Executive Officer, Isaac Matsilele however denied the chief’s claims saying what they get from CAMPFIRE is very little but they make sure that the communities benefit in a proportionate way.
“It’s not like the communities are not benefiting at all. The funds are very little but the people want something better which cannot be met by the little we have,” he said.
Matsilele said council was working on building bigger programmes which will benefit many communities not only those who stay in the environs of wildlife areas as CAMPFIRE does.news
Share
Facebook
Twitter
Pinterest
WhatsApp
Previous articleRupike Irrigation Scheme calls on ZESA to install pre-paid metres
Next articleRupike: The green oasis of Masvingo South