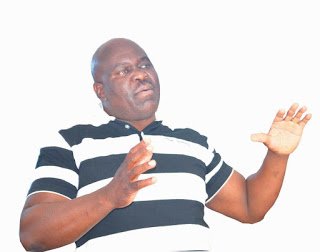 The appointment
of Dunira comes at a time when sugarcane farmers were experiencing a myriad of challenges
chief among them being selling their cane to Tongaat Huletts Zimbabwe.

Dunira
has hit the ground running promising to address the problems faced by farmers
and has so far managed to help some farmers deliver their cane which had been
denied because of late entry.

The
association which has a membership of over 100 farmers says that it will soon
embark on a massive recruitment drive to bring in more farmers.

Dunira
said that his executive will see to it that farmers will maximize yields and
have a fair chance of selling their cane and receive payment in time.

“The
association saw it fit to appoint me as their chairperson because they know I deliver
results. I have a team of highly motivated people who understand the dynamics
in cane production.

“It is
important to understand the problems and challenges faced by farmers and I am
happy that we have started on a high note by assisting some farmers whose cane
had been denied because they delivered it late.

“We
managed to negotiate for the cane to be accepted and the farmers will be smiling
all the way to the bank,” said Dunira.

He said
most farmers were having challenges accessing their payments once they deliver
their cane saying this affected production.

“What
we expect is that once a farmer delivers cane to the buyer, payment should be
processed quickly so that they get ready for the next planting season.

“Farmers
need to secure inputs for the next production cycle and this can only be
possible if they get their payments in time. We also want to put our hands on
deck so that we get inputs for our farmers because under our leadership,
production should never stop,” said Dunira.

He promised
to help farmers address accommodation problems which have been affecting
production.

Tawanda
Chitete was also appointed secretary general for the association.