Churches Challenge Government To Walk The Talk On Abductions 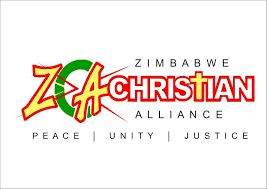 A group of Christian denominations have come out to speak against lack of action by government to bring justice to victims of torture and families of abducted activists by suspected state security agents.

Churches Converge on Conflict and Peace (CCCOP) has challenged the government to deal with abduction cases through the National Peace and Reconciliation Commission (NPRC).

CCCOP issued a statement on August 30 when United Nations (UN) member states commemorated Day of the Victims of Enforced Disappearances where they said police has been torturing activists while the whereabouts of some remain unknown despite them being abducted years back.

“There is evidence that activists have been tortured in police custody, despite denials by police. Some activists have gone missing for years. To date, pro-democracy activist Itai Dzamara, who was abducted on 9 March 2015, remains unaccounted for,” read the statement.

The organization also declared its commitment to uphold human rights and called upon government to treat everyone with respect.

“As Churches, we ground our commitment to human rights in the core of Christian theological conviction that each and every human life is sacred. All humans who are mistreated or tormented are somebody’s brothers and sisters, sons and daughters, parents and grandparents,” the statement read.

“This day should be a reminder to the government to make laws or enforce police to make their mandatory job of searching for abducted people or rather say no to violation of human rights,” said Sibanda.

The Catholic Commission for Justice and Peace Zimbabwe (CCJP) also issued a press statement saying continuous disappearance of people was against the statutes of the UN resolution of 1992.

“Article 2 of Resolution 47/133 of the United Nations General Assembly adopted in 1992 clearly states that, no state shall practice, permit or tolerate enforced disappearances,” read the statement.

From November 2017 to July 2021 the Zimbabwe Human Rights NGO Forum has recorded a sharp increase in cases of abductions and torture.