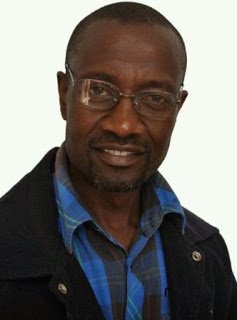 By Itai Muzondo
The Masvingo City Council (MCC) has turned down a plea by the Ministry of  Local Government on behalf of local businesswoman, Mrs Gurwe,  who wanted her water reconnected despite owing the council a hefty US$11 000.
Gurwe approached ministry officials over the matter that later negotiated with the Provincial Administrator to plead with the council to get her water reconnected while she made a payment plan to clear the debt.
Councillors turned down the plea arguing that the businesswoman had undermined their authority and raised fears that if such behaviour is tolerated, more residents will likewise follow the same procedure thereby bypassing the council.
“Why did she go ahead and approach the ministry when councillors are available to serve the people. It will be in our best interests to be principled. This means that we must not necessarily act on the pretext that the issue is coming from the minister’s offices,” said councillor, Garcia Mundondo, whose sentiments were echoed by the whole council.

Councillor Against Chiteme added that some of the residents from his area, (Ward 8) had approached him seeking reconnections and Gurwe’s approach to the ministry undermined the council’s authority and painted a picture of underperforming councillors.
“This lady never approached me and it is quite surprising that we are getting the issue from the ministry as if we had failed to execute our duties,” added Chiteme.
Town Clerk, Adolf Kumbirai Gusha, pleaded with the councillors arguing that Gurwe’s actions did not constitute disrespect to the council but was a result of the fact that most residents do not know how the council system operates.
The councillors, however, stood firm saying they had no confidence in her as she made the plea dependent on what she would receive from her tenant. In their view, they said, she could come up with a payment plan which she could fail to honour.
“We cannot trust her since any payment plan she makes will be dependent on a tenant’s payment.  The council resolution on this is clear. She has to come up with half of what she owes to council before we can start talking about reconnecting her water or her payment plan,” the councillors concurred.
Meanwhile, a research by the Masvingo Residents Trust showed that the Masvingo City Council disconnected water supplies to more than 1 000 households in the period starting from the 11th of February up to date.
Masvingo mayor Hubert Fidze could not be reached for comment.local
Share
Facebook
Twitter
Pinterest
WhatsApp
Previous articleZebra strays into town
Next articleMuzenda was Mugabe’s last true friend – Hungwe