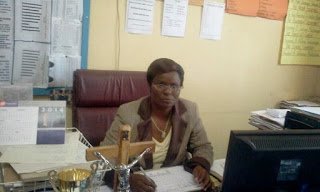 Emmaculate Tinago
Brighton Chiseva
ZAKA – Hundreds of pupils at St Anthony’s Musiso High School were today, March 01, 2018, admitted at the mission hospital after suffering severe diarrhoea, TellZim News has learnt.
Zaka District Medical Officer (DMO) Morgen Muzondo confirmed the outbreak but referred all questions to Provincial Medical Director (PMD) Dr Amadeus Shamhu who said a team was already at the school to investigate the matter.
“We have received a report that there is an outbreak of diarrhoea at the school and a team has been dispatched to carry out investigations. The cause is yet to be established and it many take a few days to know as some tests will be conducted,” said Dr Shamhu
Musiso Hospital matron Modester Mutombwa, the District Nursing Officer (DNO) and the District Health Inspector (DHI) were part of the team that visited the school.
Sources privy to the details said the diarrhoea was first reported on Sunday but it only became full-blown yesterday with about half of all school children affected.
The hospital is said to be struggling to handle all the affected pupils with others said to be failing to leave their hostels.
Some sources said the problem could be linked to what they said were poor sanitary conditions characterised by severe water shortages, overflowing Blair toilets and barely functional flash toilets.
“Plates are sometimes not properly washed due to the water shortages and the toilets are horrible,” said a source.
Musiso High School head, Emmaculate Tinago is said to be away on leave.
In October last year, a similar outbreak occurred at Morgenster Teachers’ College and affected hundreds of students, with several victims complaining that they were being served stale food in the college dining hall.local
Share
Facebook
Twitter
Pinterest
WhatsApp
Previous articleOur Christian values will take us far: TZ
Next articleMany rape cases being investigated, but beware of social media exaggerations: Ass Com Makedenge