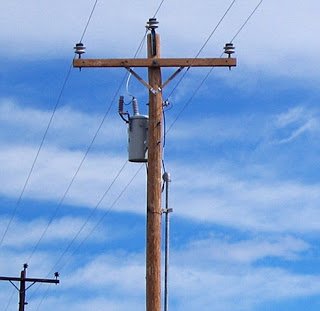 At least 145 farmers from Eastdale area in Gutu have vowed to engage the courts in a desperate bid to recover the money they were duped when they were asked to pay for an ill-fated electrification project in the area.
TellZim News was informed that it all started when a villager, one Masarira from Chiwara who has a plot in Eastdale area, convinced local farmers that he had received a loan to electrify his rural home but he needed their assistance so that they could also benefit from his initiative.

The farmers elected a committee to manage their funds and opened an account with the Commercial Bank of Zimbabwe (CBZ) under the name Eastdale Electrical Development Programme. They aimed to raise a total of 2,2 million dollars. The project was supposed to start in March 2014 and end in September 2014.
However, along the way the executive’s secretary general Josephat Zuvarigere, who is a headmaster at Taigara Secondary School proposed that they withdraw the money from the account so that they would venture into pen-fattening as a fundraising strategy aimed at boosting their financial base.
The farmers’ spokesperson Morgan Masheka said the pen-fattening project did not take off and they are now suspecting that the executive squandered the money.
Suspecting that their money is being abused, the farmers together with six schools namely Taigara Primary and Secondary Schools, Chikwiza, Rusununguko, Tashinga and Chivake schools are already engaging lawyers to seek redress from the courts.
Apparently, Zuvarigere is running a flourishing poultry project with about 3000 birds at the point of laying.
“Our money was stolen; we want to get our money back. We have since started the process of getting our money back and we are looking for lawyers to help us out of this mess,” said Masheka.
However, Zuvarigere has refuted the allegations saying his poultry project had nothing to do with the money contributed by the members.
Quizzed to elaborate on how they were using money, Zuvarigere said he had since resigned from the post of project secretary general.
“I resigned four months ago…I have nothing to do with that project,” said Zuvarigere.
Share
Facebook
Twitter
Pinterest
WhatsApp
Previous articleCroc chases grade two pupil for 2km
Next articleMasvingo RDC drags Rio Zim to court over 300k debt