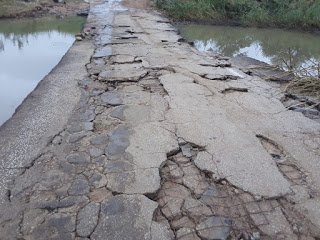 MASVINGO – The
Minister of Information, Publicity and Broadcasting Services Monica Mutsvangwa
has said a total of 500km of roads in Masvingo will be rehabilitated while
drains will be constructed as part of efforts to improve infrastructure much of
which got destroyed by floods earlier this year.

Mutsvangwa
said this while addressing a post-cabinet briefing in Harare last week.

In
response to the damage wrought by the floods, President Emmerson Mngangagwa
declared the country’s roads a state of disaster and created an emergency fund
to pay for reconstruction.

Provincial
Development Coordinator (PDC) Jefta Sakupwanya said reconstruction will be paid
for by money from the Emergency Road Rehabilitation Programme.

“Roads
are to be reconstructed in Masvingo as part of the Emergency Road
Rehabilitation programme where the government is rehabilitating roads and
reconstructing drainages nation-wide.

“There
are other roads outside of Masvingo urban which are also going to be
reconstructed in Chivi, Zaka Mwenezi, Chiredzi, Bikita and Masvingo Rural. Some
of the work is already under way in these areas,” he said.

City
of Masvingo Acting Town Clerk Edward Mukaratirwa said there were 15 major roads
in Masvingo which were chosen for rehabilitation.

“There
are major roads in Masvingo which were chosen for rehabilitation as they were adopted
for the purpose of maintenance by the Department of Roads and we grouped the
roads into seven groups, and each group has its own contractor,” said
Mukaratirwa.

A
report recently presented by Dr Sakupwanya shows that in Chiredzi, roads that
are going to be repaired are Hippo Valley Old Mill – Show Grounds, Matedzi – Mukadzi,
and Triangle-Samba-Nyabongwe.

In
Zaka, the Rudhanda – Chipfunde – Svuure Road is going to be re-gravelled while
in  Mwenenzi, Rutenga Access Road
totalling 31km will undergo pothole-patching. Mateke Road, which is 74km-long
and is also in Mwenezi, will undergo similar repairs.

In Gutu the Chipange Road will have its
drainage cleared while the Simbanegavi-Magadzire Road will be graded.

In
Bikita, the Silveria-Bikita Road which 26km will be cleared of bush whereas the
Lundi-Runesu Road in Chivi will be reconstructed.

Government
has taken over the rehabilitation of over 170 roads in urban centres in the
country and has launched a deliberate resource-mobilisation strategy meant to urgently address the dilapidated road network.

The
District Development Fund (DDF) has already embarked on road rehabilitation
across the country and has set aside nearly $238 million for works in Masvingo,
Midlands, Manicaland, Mashonaland West, and Matebeleland South.