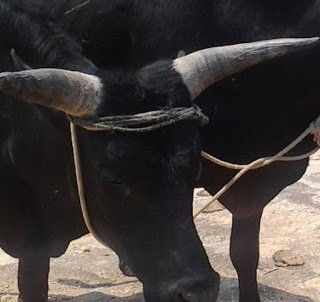 The food situation in drought  hit Masvingo province could be more desperate than previously thought as village economies face further decimation by Newcastle and foot and mouth diseases that have seen several farmers losing their livestock and chickens.
Reports of foot and mouth came as early as July with cattle in such places as Mwenezi and Chiredzi districts affected.
Coming a bit later, new castle has reportedly wiped out fowl in some places of Gutu and Masvingo districts, taking away an important component of village economies.

Although Provincial Veterinary Officer, Dr Enerst Dzimwasha could not shed light on the overall impact of the foot and mouth disease so- far, he confirmed that new castle was affecting the whole province.
“We are on the ground working to stop the spread of new castle and mitigate its effects. We have put a request for 30 million vaccines but not all vaccines have been delivered as yet. We urge the people to be pro-active in vaccinating their own fowl since the disease is not curable,” said Dzimwasha, referring questions on foot and mouth to his superiors in Harare.
Prominent livestock farmer and chairperson of Masvingo Beef Farmers Association Robert Makhado said he had received reports farmers around Masvingo had been affected.
“Farmers in Masvingo North and Shashe Block, Summerton have been affected. It does not bode well for food security but as farmers, we are doing all that we can to normalize the situation.
Zimbabwe Farmers Union (ZFU) Masvingo Provincial Manager Jeremiah Chimwanda said his organisation is working closely with veterinary authorities to address all notifiable diseases.
Most people in Masvingo are faced with food shortages after a poor rain season that have seen most districts receiving below average rainfall.local
Share
Facebook
Twitter
Pinterest
WhatsApp
Previous articleUSD 10m for irrigation development in Masvingo North
Next articleHIT student releases android application