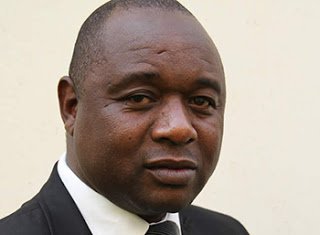 By Upenyu Silent Chaota
Masvingo North legislator Davis Marapira who is also the deputy minister of Agriculture, Mechanisation and Irrigation Development said US10 million dollars were set aside for upgrading all irrigation schemes in his constituency.
Rufaro, Stanmore, Doromore, Cheek farm and Marowa Irrigation Schemes will get state of the art equipment which will give villagers the opportunity to grow crops and maximise production in line with Zim Asset, Food Security and Nutrition cluster.
Marapira said that some of the equipment is already at sites awaiting assembly and construction.
“Some of the equipment is already in place awaiting assembly and construction so that the project will be up and running soon,” said Marapira.

Davis Marapira
Marapira added that the funding for the development of the irrigation schemes is not coming from his ministry but from well-wishing organisations from outside the country particularly Brazil and Switzerland.
“The funding for the irrigation schemes is coming from Food and Agriculture Organisation (FAO), Brazil, Switzerland Development Corporation and others,” he added.
Masvingo falls under natural farming region five which receives little rainfall to sustain crop production but Marapira said that the irrigation schemes have their own sources of water which will make it possible for the project to be up and running soon.
“With the little rainfall received in Masvingo, irrigation is the only way out to secure food security for our people. They will be able to grow crops throughout the year,” Marapira said.
Villagers have welcomed the development saying that they hope the projects will materialise since they fear that politicians are good at coming up with ideas which lack practise.
“Irrigation schemes are the way to go in our almost dry area and we want to thank Marapira for facilitating the projects and hope that they will take shape soon,” said a villager who identified himself as Clemence.local
Share
Facebook
Twitter
Pinterest
WhatsApp
Previous articleGovernment domination of ZIGF under spotlight
Next articleFoot and mouth, new castle worsens food situation