Government domination of ZIGF under spotlight 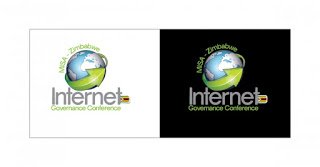 The neutrality of the newly established Zimbabwe Internet Governance Forum (ZIGF) has come under scrutiny with journalists criticizing the structural composition of the group saying it is exposed to government manipulation.
Government, through the Postal and Telecommunications Regulatory Authority of Zimbabwe (PORTRAZ) holds the secretariat of the forum, giving it sway in much of the forums decisions and activities.
Attendees at this year’s Media Institute of Southern Africa (MISA) Zimbabwe AGM were cynical of such a set-up.
“We are not sure the governments relatively strong presence in the ZIGF is well meaning; whether that will translate to a more liberal digital media space is doubtful,” said media consultant Admire Nare.

Limbikani Makani, who runs the online technology magazine TechZim, said the implications of a heavy state presence in matters of internet governance were usually dire for objective content.
“Net neutrality can only be guaranteed if there is no censorship of the web; we do not cherish a situation where somebody would decide for us which website to access and which one not to,” said Makani.
Rachel Sibande, from M-Hub in Malawi, said basing on her own countrys experiences, issues of internet governance must be a shared responsibility for different stakeholders.
“The Malawi Internet Governance Forum is constituted by divergent voices including civil society, the academia and government. Though we have challenges, we value net neutrality and want digital content to be accessed by everybody without any site being censored,” said Sibande.
The government, however, defended the composition of ZIGF, saying relevant stakeholders are adequately represented.
“The forum was established after wide consultations that were open for everyone to attend. The fact that the government holds the secretariat does not diminish the role of other stakeholders within the forum,” said Tichafa Mujuru of PORTRAZ.
The ZIGF came into being in June 2015 but critics are wary the government will leverage on its position in ZIGF to curtail free speech by blocking dissenting websites and snoop on peoples privacy using the Interception of Communications Act (ICA).local
Share
Facebook
Twitter
Pinterest
WhatsApp
Previous articleVarsities don’t understand ZimAsset – Minister
Next articleUSD 10m for irrigation development in Masvingo North