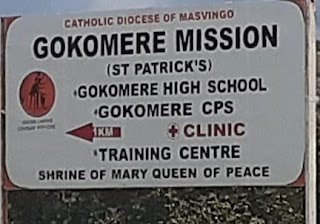 Lawyers representing the Gokomere High School pupils who were arrested on November 7 have given police a seven-day ultimatum to release names of officers involved in alleged brutality of some of the striking Form 3 pupils which reportedly left them with serious injuries.

In a letter dated November 10, 2021 addressed to the Officer-In-Charge Masvingo Rural Police Station, Matutu and Mureri Legal Practitioners gave police seven days to investigate and provide names of perpetrators in the alleged assault of the pupils, failure to which they will take further action.

The striking learners were arrested on November 7 and 8 accused of stoning the vehicle belonging to Acquanos Mazhunga and destroying windowpanes of the dining hall.

“We have instructions from their parents to the effect that the officers you sent to arrest the students badly assaulted them to the extent that some are in bad shape. We do have videos and pictures in our possession to that effect.

“The parents instructed to request that you investigate the matter within seven days and respond to us by giving names of the perpetrators and way forward. Failure, which we will take further steps without notifying you. We hope the above will not be necessary,” read part of the letter.

The pupils are reported to have attacked two police officers who had gone to the Catholic-run school for investigations into alleged theft of food items from the dining hall.

On November 8, some of the students were detained at Masvingo Central Police station and they were allegedly assaulted by police officers.

After the clash between the pupils and the two ZRP officers, it is reported that reinforcements on part of police were sent to help in the arrests and subsequent quelling of the riot.

Five school officials from both Gokomere schools are in court over alleged mismanagement of school funds.

The Zimbabwe Anti-Corruption Commission (ZACC) had to intervene, subsequently leading to the arrest of the five.

Gokomere High head Acquanos Mazhunga and his co-accused including the Priest-in-Charge Father James Magadzire among others are currently on bail awaiting trial, and they are said to be facing suspension until the matter is resolved in the courts.