Government has no money for Tokwe-Mukosi flood victims – Mahofa 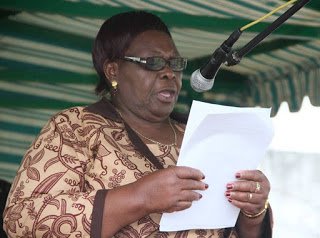 Upenyu Chaota
Three years after the tragic Tokwe-Mukosi floods disaster, government is yet to fully compensate the victims some of whom were forcefully moved to Chingwizi, with Minister of State for Masvingo Provincial Affairs, Shuvai Mahofa making it clear the government has not yet raised any money for them.

Shuvai Mahofa
By August last year, the government’s obligations to the Tokwe-Mukosi flood victims stood at US$8 million dollars and nothing has been done to pay it off.
“As you know, the government does not have money at present. We are struggling to pay bonuses to civil servants and, as you may know, no budget has been put in place for the Tokwe-Mukosi flood victims.
“Over the past months, we have been reducing the debt and paying some families but there is still a long way to go.
“We are doing this slowly and if the funds are made available to us, we will go ahead and pay the remaining families,” said Mahofa.
Mahofa said she had plans for a second relocation for the Tokwe-Mukosi flood victims but because of financial constraints, nothing has materialised yet.
She said the relocation was necessary to enable the families to get more space to build permanent structures and for them to produce enough food for themselves since the government was also struggling to feed them and their families.
“We wanted to initiate a second relocation for the flood victims from the Nuanetsi Ranch to seven farms that have been identified for them in Mwenezi district but because resources would not permit, the plan did not work,” Mahofa said.
Had the plan worked, each of the 3 000 affected families would have been allocated six hectares of land.
Farms earmarked for the relocation include Mutirikwi, Lundi, Magudu, Javarirai and Umfulo and are strategically located near the perennially flowing Mutirikwi and Runde rivers.
Tel :         +263 39 262 401
Website :    www.tellzim.com