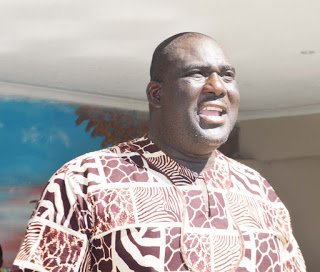 Upenyu Chaota
Many households in the drought-hit Masvingo province face starvation with the situation in Chivi district getting to extremes as many now afford only one meal a day, Chivi Central legislator Ephraim Gwanongodza has said.

Ephraim Gwanongodza
Gwanongodza confirmed that food shortages have become serious in Chivi and there is a lot of work that government and civic society need to do to make sure people do not starve.
“The hunger situation in Chivi has worsened and many households are doing with only one meal a day. As public representatives we try to chip in and help with all that we can but completely eliminating hunger is a mammoth task which needs the collective efforts of both the government and the donors.
“Masvingo did not receive normal rains this season and is the hardest-hit region as the drought has completely wiped out crops and decimated livestock. The government has availed maize here in Chivi and it has gone some way in feeding the population but more food aid is needed.
“We have since engaged maize dealers to come and sell their maize at affordable prices here,” said Gwanongodza.
Gwanongodza called on people to make full use of their gardens and grow cash crops so that they can make some cash and complement the government’s efforts.
“If people can get some money from other activities, they can buy some maize and complement our efforts. We know we can never provide adequate food for every household but we need to complement each other where possible.
“There are some rains being received of late and I urge people to make full use of their gardens and grow cash crops and be able to generate some cash to help sustain their families,” Gwanongodza said.
He said the government is doing everything it can to make sure that no one will die from hunger.
Tel :         +263 39 262 401
Website :    www.tellzim.com

He who said it can not be done must not disturb the one doing it!
Share
Facebook
Twitter
Pinterest
WhatsApp
Previous articleKasukuwere sets base in Masvingo
Next articleGovernment has no money for Tokwe-Mukosi flood victims – Mahofa