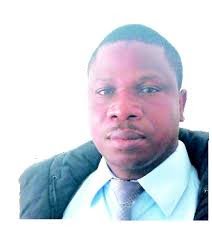 Gutu Rural District Council (RDC) has approved the Reformed
Church University (RCU) proposal to establish a campus in the district.

Gutu RDC Chief Executive
Officer (CEO) Alexander Mutembwa told TellZim News that they had already
approved the proposal and were looking for suitable place to allocate them.

“The council has since approve the establishment of a
campus, it’s a good development for Gutu as it will create a lot business
opportunities for us in terms of accommodation and other related issues.

“It will also create employment for locals during
construction and after and will also serve a number of people who had to travel
to Masvingo to access the services which they will now get locally,” said Mutembwa.

The RCU was formed out of the charter given to RCZ by the
Zimbabwe Council for Higher Education (ZIMCHE) in 2010. It was later on
established in Harare and Masvingo in 2010 and 2012 respectively.

RCU Vice Chancellor Proffessor Obert Maravanyika said Gutu district
has a number of schools and a number of students come from those schools
especially teachers who developed themselves through block learning.

“Gutu district has many schools and most of our students
come from those schools, we have teachers who have been advancing their
education with us who raised concerns about the cost they incur coming here and
we decided to bring the services closer to them,” said Prof Maravanyika.

The campus, if completed, will become the third RCU campus
following two others including the Main Campus in Masvingo along Bulawayo road
and the other one in Harare.

The campus will give back to the community by offering Gutu
residents all programmes on the market including Commerce, Social work, Arts,
Languages and Law.

He said they were in a process of pooling resources together
so that work begins as soon as they are shown the establishment site.

“We are mobilising resources so that when we are given a
site then we start construction and we hope to take the shortest time possible
to complete,” said Prof Maravanyika.