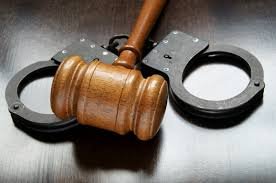 Gweru bogus soldier up for fraud

Shurugwi-A 28 year-old Gweru man appeared in court for allegedly swindling two people of over US$12 750 after masquerading as a member of the Zimbabwe National Army (ZNA).
Appearing before Shurugwi magistrate Percy Mukumba last week Friday, the accused Wallace Mapoko pleaded not guilty to two counts of fraud after he was caught facilitating bogus deals to purchase a firearm and a Toyota truck for the complainants.
According to state papers as presented by Fatuma Tekera, on November 15, 2021 the accused person approached Verencia Chibvere (51) at Village 2 Bicken Kopje, Shurugwi and introduced himself as a member of the ZNA.
Mapoko is friends with the complainant’s daughter.
He informed the complainant that he had the capacity to facilitate and provide a firearm for her.
The court heard that the complainant became interested and told the accused to facilitate one for her because she had suffered from a number of house breaking incidents at her home.
The complainant however asked the accused if she could pay the money in instalments.
On a date not known but during the month of December 2021 at Gweru bus terminus, Adrian Dzvuke gave the accused person US$200 on behalf of the complainant as deposit for the purchase of the firearm.
On December 18 the same year at the complainant’s place of residence, the accused was given money amounting to US$100 as part of the payment for the firearm.
During the same month a few days later on a date not known the accused proceeded to the complainant’s place of residence and collected an additional US$100.
The accused proceeded again to the complainant’s home and said he wanted US$50 to purchase a cage for the firearm, for the police and his journey.
On the second count, on a date unknown date to the prosecutor but during the month of November 2021, the accused was at a Johanne Masowe gathering at Surprise farm in Shurugwi.
He heard one Sifelani Matengavhu talking about his wish to buy a truck and the accused offered to help.
During the same month whilst at Marufu milling plant in Shurugwi, the accused was given US$4 000 for the purchase of a 3 tonne Toyota Toyace truck.
During the month of December, the complainant met the accused at Chicken Inn Shurugwi and he gave the accused US$300 as part of the payment for the truck, with the latter saying the vehicle was now in Daresalaam in Tanzania.
On February 28, Mapoko took the complainant to Shambrock garage in Gweru and showed him a truck and he was paid US$3 000 the last payment in agreement that the complainant will get his motor vehicle on March 8 since he said it was being serviced.
On 8 March, the complainant proceeded to Shambrock garage and was told that the vehicle he had seen belonged to someone else.
The complainant tried to contact the accused but he was no longer reachable and he reported the matter to the police. The accused was arrested while duping the third person using the same trick in Shurugwi.
He was however remanded in custody and awaits continuation of trial this week.