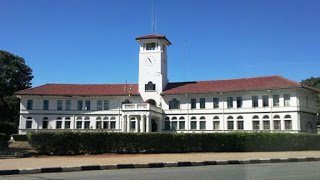 The City of Gweru has expressed concern over the management
of solid waste which they say is largely to blame for the flash floods
experienced in the city due to the clogging of the drainage system.

“People are throwing solid waste into the drainage and
sewage system. People do this not knowing the effects which follow.

“Throwing solid waste into the drainage systems means they
will be clogged and water will flow into people’s homes. The situation we
experienced recently is testimony to that.

“If the drainage systems are clogged, water will flow all
over the city and the same people who throw solid waste will be crying foul.

He
said most homes in the low lying areas bear the brunt of sewer back flows due
to the clogging of the pipes.

“As a result most low lying areas closer to the trunks
have experienced serious back flows thereby causing an outcry from residents. All
the waste water stations are currently overwhelmed and cannot cope with the flows,”
said Makombe.

On a positive note, Makombe said that the city’s dam levels
were promising and have accumulated enough water to take them through to the
next rain season.

“Our dams are full and some of them spilling. Gwenhoro,
Whitewaters and Amapongokwe have gone beyond 100 percent and this means we have
enough water to take us to the next rain season,” said Makombe.

He said the city, however, continues to receive interrupted
water supplies owing to pipe bursts and strained pumping capacity.

Makombe bemoaned the state of roads saying there were no
longer trafficable due to effects of flooding rains.

“Most of our roads are no longer trafficable, worse now
because of the recent rains. The biggest challenge we have on roads is lack of
funding and related equipment,” said Makombe.

On
refuse collection, Makombe said their refuse compactors were overwhelmed and
cases of breaking down were on the rise.

The City of Gweru has come under fire for purchasing a brand
new Toyota Prado for the mayor while service delivery was on the low.