Journalists urged to be ethical 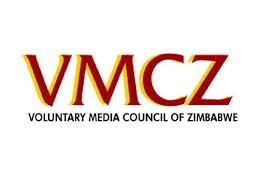 Leroy Dzenga
Harare- 09, October 9, 2015 -In the wake of a new trend in local journalism dubbed “Prophet Journalism”, the Media Monitoring Project of Zimbabwe (MMPZ) has warned scribes to be responsible when reporting on religion as they risk causing divisions in society.
Speaking at a Press Club discussion on the media coverage of prophetic figures hosted by the Voluntary Media Council of Zimbabwe (VMCZ) yesterday in the capital, the MMPZ director Patience Zirima told journalists in attendance that it was of paramount importance that they maintain a sensitive and professional stance when dealing with religious issues as they affect the majority of the Zimbabwean population.
“We have to be responsible with the way we report religion because 89% of the population in Zimbabwe are religious”,said Zirima.
She also went on to lament the deviation from the best practices of the profession by journalists as they are developing a tendency of reporting prophecies as fact.
“There is need for the reporter doing a story on religion to have a sincere knowledge of the subject and also separate facts from opinions. Another worrying thing I have noticed is that these stories are single sourced. Journalists now write stories basing on quoting only the prophet in a sermon” Zirima said.

Echoing the same sentiments, VMCZ executive director Loughty Dube highlighted how media ethics are compromised when prophets provide sponsored trips for news reporters to be part of their entourage as they travel to neighbouring countries.
Speaking for the practitioners and media houses Newsday Deputy editor Nqaba Matshazi justified the increasing coverage of prophets saying media houses whether public or private could not afford to ignore the financial benefits the prophet stories generated.
“The prophets have a huge following and they tend to generate more sales than the politicians. The media are simply outlining a reflection of our society,” said Matshazi.
Share
Facebook
Twitter
Pinterest
WhatsApp
Previous articlePeople First releases jingles
Next articleTELL ZIM LIVE LAUNCH