JSC to prioritize inclusion of PWDs in 2022 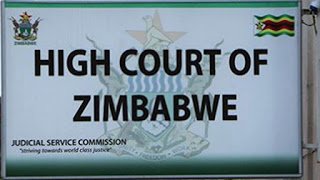 MASVINGO– The Judicial Service Commission (JSC) says it will prioritize People With Disabilities (PWDs) in their quest to have an all-inclusive judiciary system in the country by end of this year.

This came out during a press conference held at the Masvingo High Court on Thursday, June 10, where the head of Sherriff Services, Gamuchirai Siwardi told journalists that the JSC will make sure all courts are accessible to every citizen.

Siwardi said the commission seeks to have an all-inclusive system that will not only enhance access to justice but will protect vulnerable groups.

“The JSC will focus on enhancing access to justice for persons with disabilities. We have made consultations with various stakeholders that represent PWDs and identified areas of need that will not only enhance to justice for PWDs but will increase a culture of inclusion and protection to vulnerable groups in the society,” said Siwardi.

She also said that the JSC will by end of year repair and install infrastructure which will be disability friendly at all courts.

“We will construct ramps at 32 courts throughout the country, repair all faulty elevators in our court rooms. There will also be production of braille statutes. There shall be the production of a sign language manual, training of sign language manual for court interpreters and disability sensitization training for all magistrates and frontline staff by end of December 2021,” said Siwardi.

The JSC will introduce the Integrated Electronic Case Management System (IECMS) at all courts and this will be done in two phases.

First phase of the IECMS will see the system being introduced at the Constitutional court, Supreme Court and the commercial division of the High court by January 1, 2022, while the High court and other lower courts will have the system once the first phase is complete.

IECMS will be automated and will seek to reduce paper work in the courts and put all JSC work under one system.