Local Film ‘Mayaya:The seed of corruption’ gets a festival run. Masvingo Filmmaker selected as a juror at ZIFF 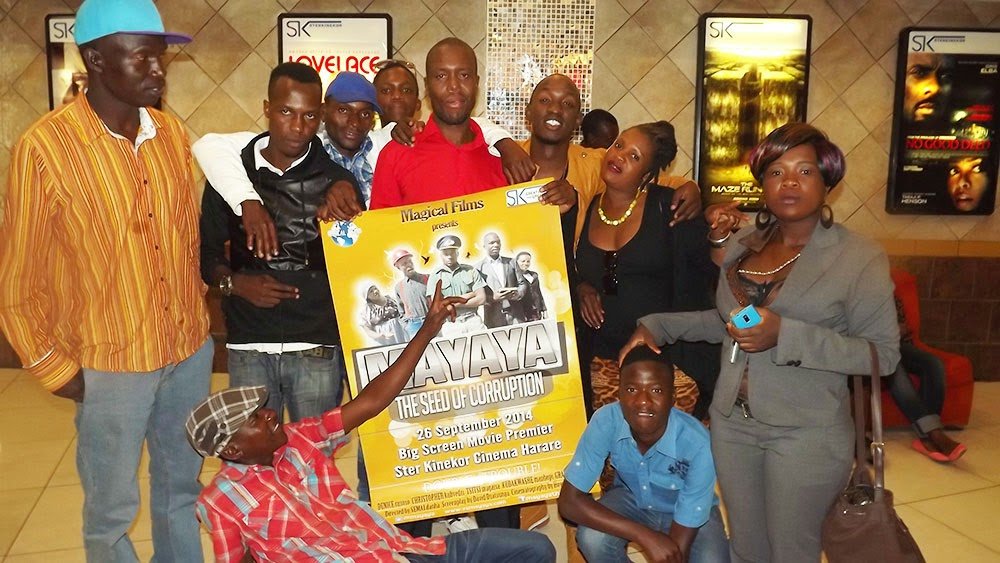 ZIFF is the original film festival in Zimbabwe for the creative community by
the creative community. It’s the premiere festival that unites film
and the community. This synergy gives industry
professionals a venue to showcase independently produced film and video
work made for any platform, thereby attracting some of the most
innovative and visually arresting work.
All ZIFF entries will be judged by a jury of top industry
professionals. A selection of the winners will be shown at a screening
in Harare. ZIFF gives film industry professionals
the opportunity to showcase their personal film and video work to a jury
of peers in the film production communities.
‘Mayaya: The Seed of Corruption’ which will be released in major local and
international territories, will also have its first Festival run at
the 2014 edition of the Zimbabwe International Film Festival (ZIFF). A Masvingo based filmmaker, Edward Chombe, the producer of ‘Sabhuku Vharazipi 2’ and ‘Mayaya: The Seed of corruption’, has been included in the jury panel for feature films during the festival which runs from the 4th to the 11th of October 2014.
“The festival this year alone is expecting over 30 industry professionals
from Germany, South Africa, Nigeria, Poland, France, Botswana, UK,
Barbados, Namibia Kenya and the US. They will take part in various
programmes ranging from workshops, paper discussions and the pitch
session,” said Nigel Munyati the festival director.