Mnangagwa to give public lecture at GZU 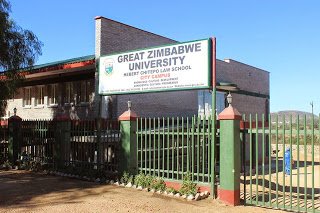 Tell Reporter
Minister of Justice, Legal and Parliamentary Affairs Emmerson Mnangagwa will be delivering a public lecture about constitutional changes in Zimbabwe at Great Zimbabwe University (GZU) sports arena on Friday 3 October 2014.
In a press statement released by the university, Mnangagwa’s presentation will be centered on the constitutional changes and the future of the country socially and economically.

Also a qualified lawyer and veteran politician in the country, Mnangagwa’s lecture comes at a time when the university is about to launch its law degree programme.
“ The introduction of the law degree and the opening of the Herbert Chitepo Law School, named after national hero and first black lawyer in pre-independence Zimbabwe, will mark a new milestone in the development and growth of Great Zimbabwe University over the last two years,” reads part of the press statement.
The lecture is being organized by the university’s Centre for African and Asian Studies (CAAS). According to the press release, members of the public were free to attend the event. Local
Share
Facebook
Twitter
Pinterest
WhatsApp
Previous articleBeef producers plead for lifting of cattle sales ban
Next articleLocal Film ‘Mayaya:The seed of corruption’ gets a festival run. Masvingo Filmmaker selected as a juror at ZIFF