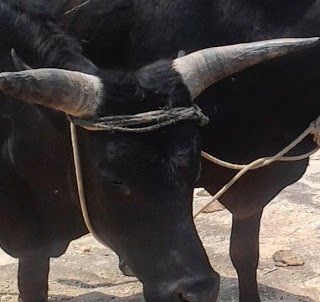 “Most of the beef producers earn a living through the sales of their cattle but this has been compromised after the Veterinary Services ordered for a stop in the cattle sales and slaughter”, he said.
“Cattle slaughter has come close to a halt and this has left farmers, dealers, slaughter houses and butcheries in a very difficult situation. Universities, colleges, primary and secondary schools have opened and the source of income is the cattle in our kraals. Farmers cannot manage to pay the fees because they do not have the money to do so”, he added.
He also confirmed that the quarantine was a harsh method to all the beef producers because the disease (foot and mouth) has not affected most of the cattle belonging to the members in the organisation but they cannot sell them because of the quarantine order.
Dr Ernest Dzimwasha of the Masvingo Provincial Veterinary Services  has however emphasized that they not going to risk people’s lives in order to generate money.
“The quarantine is on and we cannot risk operations under such serious cases…beef producers should therefore be patient as we are working tirelessly towards curbing the disease and we will definitely notify them when the quarantine period is over. Then, they will be able to resume operations”, said Dr Dzimwasha.Local
Share
Facebook
Twitter
Pinterest
WhatsApp
Previous articleProf Zvobgo urges students to remain focused
Next articleMnangagwa to give public lecture at GZU