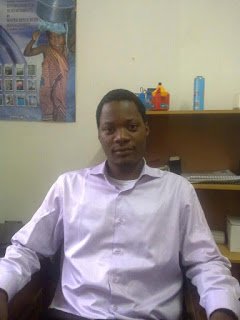 Mbetu replaces city engineer Tawanda Gozo who was last week slapped with a six months suspension without pay over acts of gross incompetence.

Mayor Collen Maboke confirmed Mbetu’s appointment saying he will hold the fort for six months, a period during which the council is expected to finalise Gozo’s case.

“I can confirm that we have appointed engineer Mbetu as the acting city engineer with effect from today and he will act until we complete disciplinary proceedings against our director of engineering Tawanda Gozo,” said Maboke.

Maboke said that they were optimistic of better service delivery under Mbetu and that he would rise to the occasion.

“Our hope is that he (Mbetu) will work flat out to improve access to water, road network, and refuse collection during his reign as the acting city engineer,” said Maboke.

Mbetu, who joined the City of Masvingo last year from the City of Gweru where he was the water engineer, faces the daunting task of restoring the adequate water supply and improving the city’s road infrastructure among other engineering services.