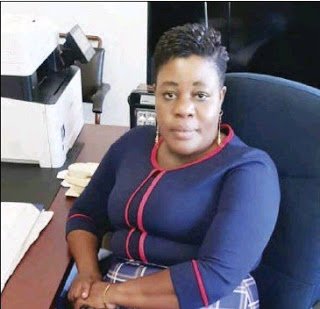 … ‘improper’ relationship with
Tiringindi among the charges

City
of Masvingo is investigating its Public Relations Officer (PRO) Ashleigh Jinjika ‘on
many allegations’ including her alleged intimate love relationship with
activist Prosper Tiringindi.

Tiringindi
has been a constant thorn in council’s shoes for many years due to his abrasive
activism and disruptive behavior, and sources said council was not amused by
reports that their PRO is in a live-in relationship with him.

“There
are indeed investigations that are happening. We investigate, get our facts
right and suspend if there is a genuine need to suspend. We don’t suspend then investigate,”
said Acting Town Clerk Edward Mukaratirwa who confirmed that the alleged
relationship with Tiringindi was among the allegations.

When
contacted for comment, Jinjika said she understood some investigations were
being conducted into her alleged inappropriate behavior.

“I
am waiting for what will happen next. Right now I haven’t received any
suspension letter but I am informed the allegations stem from what happened at
the press conference,” she said.

She
dismissed as false reports that she was in a live-in love relationship with
Tiringindi but said whom she got intimately involved with should never be an issue as that would be her own private life separate from her
official duties.

Things got to a head on Tuesday, April 13, when Tiringindi, who is not a resgistered journalist, got into a press conference
which was being addressed by Mayor Collen Maboke.

Being
visibly under the influence of alcohol, Tiringindi then launched a tirade
against Maboke, Mukaratirwa and Ward 10 Cllr Sengerai Manyanga; accusing them
of maligning him and violating his rights to express himself freely on several
platforms.

Members
of the media who had turned up had to walk out for a while as they felt that
the event was getting too personal, had lost its agenda and was degenerating into a circus.

The
press conference was being moderated by Jinjika.