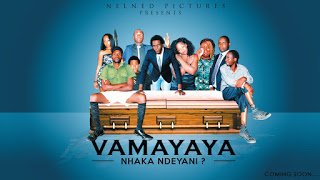 Itai Muzondo
Theatre goers were given a thrilling treat at the launch of Mayaya Nhaka Ndeyaani at Charles Austin Theatre over the weekend as the popular comedy promises to be yet another successful piece of art to originate from Masvingo.
Starring famous comic, Denice Rusoso popularly known as Mayaya, who broke into fame for his role in another local comedy, Sabhuku Vharazipi, the drama received rave reviews from the crowd who attended its launch.
Speaking soon after the launch, the play’s director, Charles Munganasa said he was overwhelmed by the support and interest that people had shown in the comedy.
“I am pleased by the support given to us by our local fans. The attendance demonstrated how passionate people are in supporting the development of local talent.
“We expect to break sales records of all Zimbabwean-produced comedies and it is for this reason that we have decided to take time strategising on how best to enter the market which is under threat from piracy. By June, the disc will be available on the market.
“The recurrent themes reflect the day-to-day life of an ordinary person; inheritance issues, customary versus contemporary law as well as social conflicts. The drama seeks to promote harmony between the traditional and the modern while denouncing greed and selfishness,” Munganasa said.
Rusoso attributed his current success to the exposure given to him when he appeared in the Vharazipi block buster.
“Some people think there is bad blood between me and the previous crew I worked with just because I have gone solo. Those are the very people that created my character so I appreciate their support. Going solo is a way of growing, not only in my personal capacity, but also for the Masvingo film and theatre industry at large,” Rusoso said.news