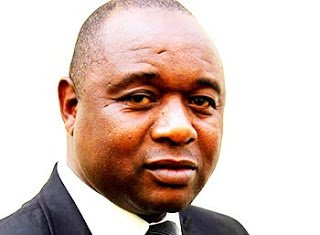 Upenyu Chaota
Masvingo North legislator Davies Marapira last week failed to turn up at a meeting in Zano where villagers had been promised rice and had to wait from morning till late night hoping to get a meal for the day in the drought stricken province.

Food aid has been used for political mileage in the province with opposition members crying foul as they are usually left out when the food aid is distributed.
The Zano villagers were furious by the mid-afternoon but had high hopes of their legislator showing up with the much needed food aid.
Some of the villagers told TellZim News that whenever there is a talk about food you have to be there with your whole family so that you can get more.
However, it was a different day at Zano last week as villagers spent the whole day waiting for Marapira who failed to turn up.
“The situation in our homes is critical and we are finding it difficult to put food on the table. When our leaders call for meetings to donate food aid, we leave no one at home because some of us have big families and the little we get per person will do us no good.
“We came here as early as 8am and we never moved because we feared to be left out. We stayed put until it got dark and all hope was lost. We were promised rice,” said one villager.
Marapira told TellZim News that there was  no need for the people to cry foul since the meeting was rescheduled for another day.
“Why would people want to make a big deal out of this issue? We communicated with the people that there would be no rice donation on the day in question. There is a lot of rice coming to the people and we are going to give them an early Christmas present. There was a big queue where we get the rice and priority was being given to schools hence we loaded late,” said Marapira.
When the rice eventually comes, Marapira said he was going to everybody regardless of political affiliation.
Share
Facebook
Twitter
Pinterest
WhatsApp
Previous articleGapare relivess jail experience
Next articleMasvingo City Council turns down Zanu PF donation plea