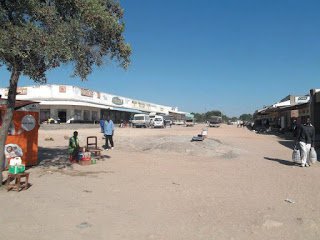 Murambinda – The current economic situation prevailing in the country has taken its toll on Murambinda growth point which has lately seen a sharp decrease in economic activity with devastating consequences on a once promising place.
By all accounts, the growth point has declined into a pale shadow of its former self.
The cat and mouse games between the council and vendors which used to be a common feature in the dusty streets are now rare with many traders saying some of them are giving up on informal business citing losses as people’s buying power continues to decline.
Like many rural business centres in the country, Murambinda does not have any meaningful secondary industry with most business made up of rural people who make occasional visits for banking and buying provisions.
Lately, those movements have become limited with banks facing severe cash shortages.
The grocery shops have consequently felt the pinch, with many of them teetering on the brink of collapse as the import ban imposed by the government late last month erodes profits.
“Coming here is now painful because most of the times we waste money on transport and find nothing at the banks and the shops. The banks always complain of cash shortages,” said Sarendai Chikwenya, who comes from surrounding areas.
“I don’t know what is happening to our country, it seems we are heading back to the 2008 situation,” said one pensioner.
One of the most affected areas is the transport business where the number of commuter omnibuses plying the same route out number their passengers.
This has led to numerous confrontations and fights among touts as they rush for the few customers available.
The situation has gone out of hand with the police at times having to intervene to put off the fire.news

He who said it can not be done must not disturb the one doing it!
Share
Facebook
Twitter
Pinterest
WhatsApp
Previous articleYouth applaud council over refurbishment of recreational areas in Chiredzi
Next articleGutu man assaults father over mice