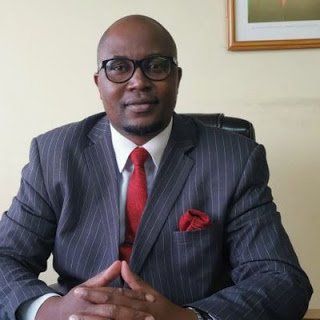 Zimbabwe Coalition on Debt and Development (ZIMCODD) has called on government to recognize the role of Non-Governmental Organizations as critical partners in pandemic situations following calls for NGOs to seek further clearance to legitimize their operations.

The call was made earlier this week in ZIMCODD’s weekly review after Harare Provincial Development Coordinator (PDC) Tafadzwa Muguti demanded NGOs to seek clearance from his office to legalize their operations in a letter addressed to a number of NGOs.

“During times like these where the world has been plagued by Covid-19 pandemic and its effects, it has become more critical than ever for government to collaborate and work with NGOs as opposed to shrinking the civic space further.

“It is not a secret that government regards NGOs as global players and any criticism of government’s shortfalls is treated as a move to destabilise the government,” reads part of the report.

The analysis report however urged government to appreciate the role NGOs play in the country in improving the livelihoods of the citizens.

“What is well known is that partnerships between government and NGOs can help strengthen health systems, the economy, livelihoods and serve lives, both in times of crisis and long thereafter. NGOs have been supporting the state with financial resources for many years and have continued to do so during this pandemic.

“NGOs have shown good capacity in providing information and support to different communities within Zimbabwe. For this reason they are trusted by those populations and people can listen to them and accept their offers,” the report further reads.

The directive by Muguti came in contrast to the High Court ruling by Justice Loice Matanda-Moyo in 2019 stating that District Administrators (DAs) had no business in the operations of NGOs after the nullification of operations of Community Tolerance Reconciliation and Development (COTRAD) in Masvingo by DA Roy Hove.

The government of Zimbabwe has labeled NGOs ‘agents of regime change’ influenced by the West and Muguti accused NGOs of straying from their mandates stated in their respected Memoranda of Understanding (MOU).

In Masvingo, there was a letter which recently circulated on social media which was addressed to youth-led NGOs to do the same.