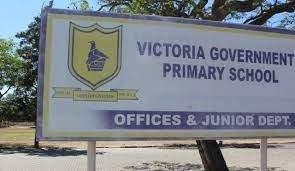 Parents with
children at Victoria Junior School have raised complaints
over a new fees structure which they said was reached at an irregularly
convened meeting which did not even constitute a quorum.

The alleged inquorate
meeting was held at the on April 09, with only 53 parents in attendance at a
school with an enrolment of over 3000; boarders and day scholars combined.

Attendants
agreed to raise the fees from just over $4 000 to $7 056 per day scholar per
term, with boarders paying much more for the extra facilities and services they
use.

However, many
parents say the meeting was not regularly convened, with the school head and
SDC colluding to keep the event low profile.

“The kind of
resolutions that were made are normally adopted at Annual General Meetings (AGMs)
and there should be a quorum for the decisions to hold water. This was not the
case with this particular meeting and I feel it must not go unchallenged,” said
one parent.

Another parent
said the fees structure was unjustified as children are going to school for an
average of two days per week due to the regulations put in place by government
in response to the recent spike of Covid-19 cases in schools.

“The fees
structure is unjustified. Besides that it was put in place by an inquorate
gathering, the fees structure does not relate to the situation on the ground.
Our children are going to school for only two days on average, so the increase
is unjustified. We are organising ourselves as parents and guardians so that we
can mount a challenge through proper structures in the education department,” said
the parent.

Other parents
blamed the School Development Committee (SDC) and school head Mashuro for what
they called an illegal meeting with resolutions that are not binding.

Acting Masvingo Provincial
Education Director (PED) Shylatte Mhike confirmed that there was discontent
with the manner by which the new fees structure was put in place.

“We received the
complaints and we are doing investigations. We disregard the outcome of the
meeting and proper procedures should be followed to finalise the matter,” said
Mhike.